We left Campania, heading east from Atripalda towards Melfi on the northern foothills of volcanic Monte Vulture, just inside Basilicata’s northern boundary, the region of Italy perhaps least known or visited, shown in red: 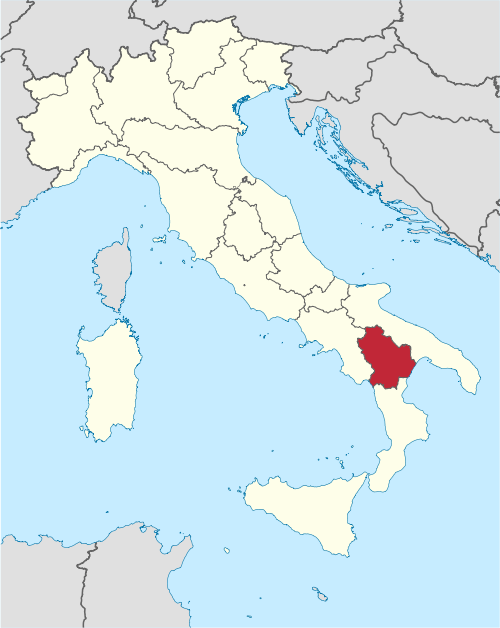 It feels remote and unreconstructed, and there are some desolate spaces as well as extraordinary places. Matera, which we visited in 2011, to the south of the region, has been a UNESCO world heritage site since 1993, and is destined to be a European Capital of Culture in 2019. The soft calcareous rock on which and in which it is built is very soft and easily quarried; thousands of caverns, grottos and caves have provided dwellings here since prehistoric times – until the 1960s when people were forcibly re-housed in the newly built suburbs. The city of caves, tunnels and cellars is now a hot tourist destination. 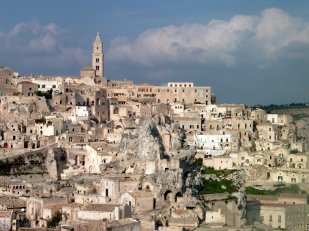 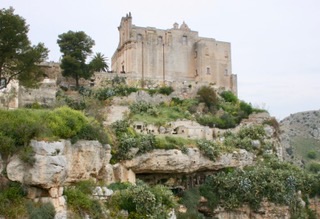 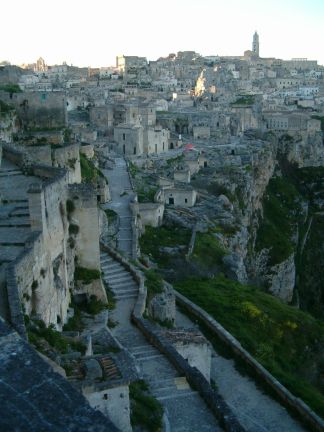 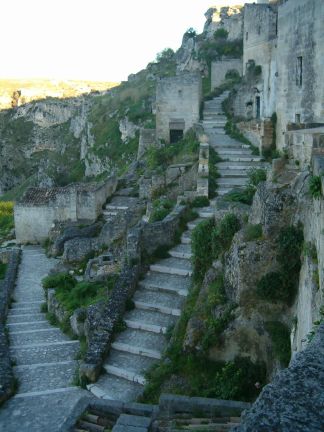 Parts of its landscape have featured in dozens of films – notably Pasolini’s The Gospel according to St Matthew (1964), Francesco Rosi’s Christ stopped at Eboli (1979) and Mel Gibson’s The Passion of the Christ (2004) and at least one video by Metallica…

Melfi however, at the other northern end of the region was in the grip of falconry, archery, strong bows and chestnuts; the autumn weekend dominated by one or other attraction, though none was especially photogenic. The town sits in the shadow of the former volcano, and a formidable castle oversees the main routes north towards Benevento.  The smooth gradients of the mountain’s slopes, seen clearly from the castle walls, mark the passage of ancient lava flows. 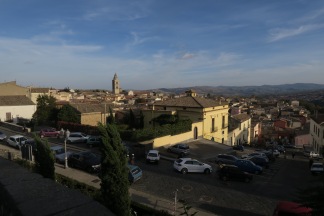 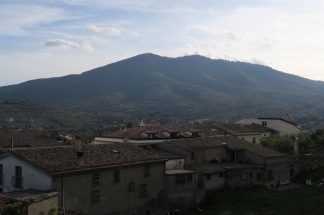 Barile sits beneath Monte Vulture, though well to the north of Matera, also has a series of caves and cellars, but these were dug out of the town’s hillside between the 15th and 18th centuries by Albanian refugees for shelter and homes. The street signs, parking and municipal information are rendered in both Italian and Arbëreshë (a modified Albanian, now closer to a distinct dialect than the contemporary language). The caves are still used for workshops, wine-making and storage, and have also provided film set locations over the years. No doubt the handrails (reminiscent of Scarborough’s ‘Italian’ gardens!) were temporarily removed for the duration of the shooting… 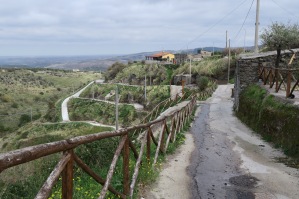 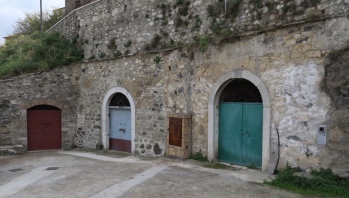 Barile turned out be a very interesting if very small town. We stayed nearby on the slopes of the reputedly extinct Vulture volcano (how does one ever know that?) in the delightful hotel Il Castagneto, whose main trade over the weekend seemed to be very civilised Compleanno (birthday) and Laurea (graduation) parties, while the popular family activity of nut-foraging went on apace in the neighbouring woods: chestnuts, hazelnuts, walnuts, acorns and almonds aplenty. 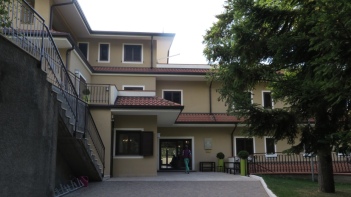 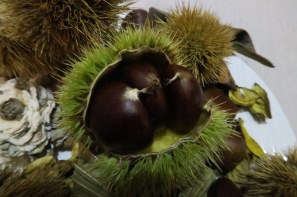 Barile’s charms were well hidden but very special…. In no particular order:

The town’s best restaurant – despite unprepossessing appearances – and its very fine fountain: 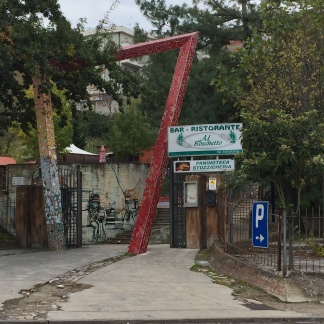 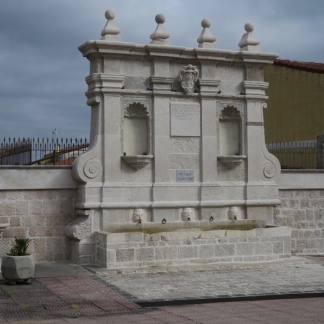 Elena Fucci’s winery with an unbroken run of eleven consecutive Tre Bicchieri awards from Gambero Rosso for Titolo, her single Aglianico del Vulture wine.  Note the gorgeous colours of the vines on their terraces, their stripes matching the volcanic strata on which they sit  – lava, topped first by pumice the size of pea gravel, then sinister ash… 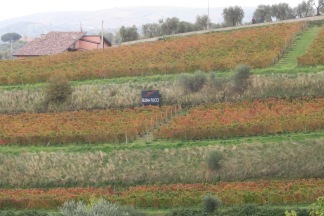 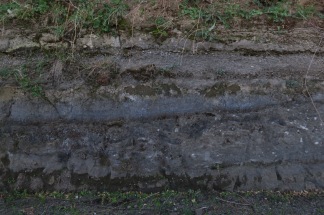 Basilisco, once an independent winery, and now owned by huge Feudi di San Gregorio, managed by Viviana Malfarina (originally a chef and without any formal eneology training) whose climbing equipment is put to use daily during fermentation as she peers inside the enormous stainless steel vats to see for herself exactly what is happening. And her palate is amazing.

See http://www.winefriend.org/blog for the full story

And finally – more caves – at Cantine del Notaio in nearby Rionero – shown to us by the warm friendly and very informative Annunciata. This courtyard is well below ground level and the doors lead into the interconnected and complex web of grottos and caves in which their wine is made and stored. 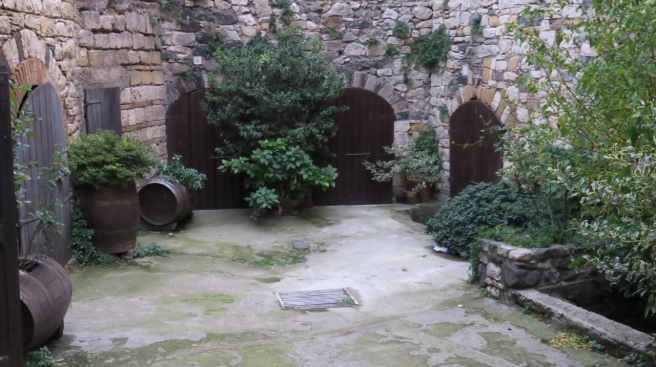 There’s an aweful lot going on under the ground in Basilicata!