How did this happen? David’s work of course. Research – for the new WSET Diploma

I had mixed feelings about his travelling alone for a fortnight. Keen to be useful I overcame my misgivings (12 hour flights, problematic politics, 30% unemployment, historic prejudice) and booked my flights – and tried not to think too much about it.

The children’s map of the world on the kitchen wall at a friend’s house made it clear that South Africa may be on a nearby line of longditude but it is still at the opposite end of the world.

So, here we go again…. The Google map below shows the extent of our SA travels. 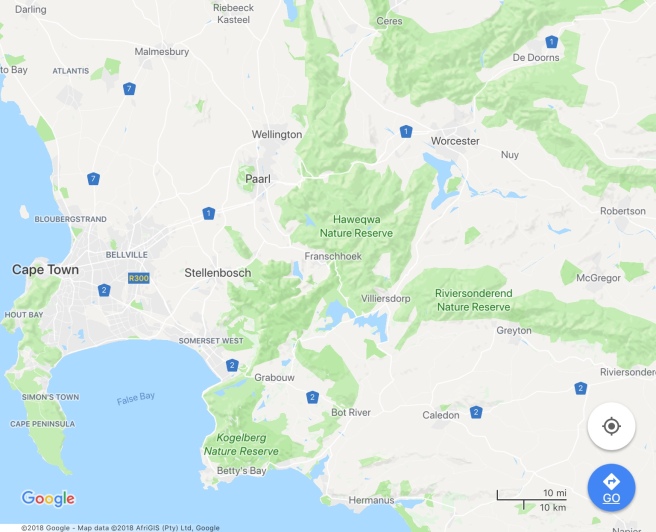 A 12 hour overnight BA flight from Gatwick to Cape Town left us very tired. We were met by Ronnie Messias of Go Cape, who drove us to the Oude Werf hotel.

The building was established in 1686 originally named d’Ouwe Werf or ‘the old yard’. In 2007 the hotel was developed into a premier Stellenbosch landmark – and the existing trees fully incorporated – strangely –  into the dining room.

The three year drought in Western Cape is weighing heavy. The pool here was open; but the water in CapeTown is predicted to run out on 9 April. Tension mounts….

A friend had reassured me : no mosquitoes….wrong! And you only hear that familiar whine when the damage is done… Back to regular anointing – with a heavy heart.

Maryna Carow from WOSA (Wines of South Africa) greeted us after breakfast and filled us in on their work. No government money – financed by a levy on bottles sold.

We met Helene Nieuwoudt at her office in Stellenbosch University who shared some of the research topics which occupy her doctoral students eg how to attract the young aspiring black middle classes, new to wine and used to sweetness

This was followed by a visit and tasting with Lise Ewins and Izelle Kleynhans at the huge Origin Wine head office followed by dinner in at the Oppie Dorp restaurant in Stellenbosch where Colleen Carstens joined us (sometime nanny near Andover!) 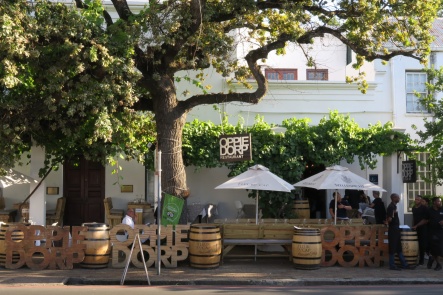 Up early for a tasting at Botanica Wines hosted by its owner Virginia Povall, an american business woman who wanted a change from office life. Once an old Proteus nursery, Ginny is already producing wonderful wines in a tough place.

From here Ronnie – in the pink slipover – drove us to the next tasting at Raats Family Wines hosted by Brewer Raats whom we had met yesterday. Brewer is known for his brilliant wines and clear views on the relative merits of old vines – today’s focus.

Lunch with Adam Mason of Mulderbosch and Carl van der Merwe of De Morgenzon followed straight on – another winery with a fabulous view.. 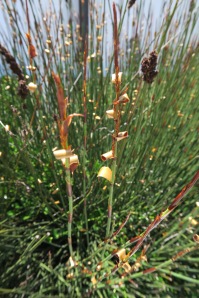 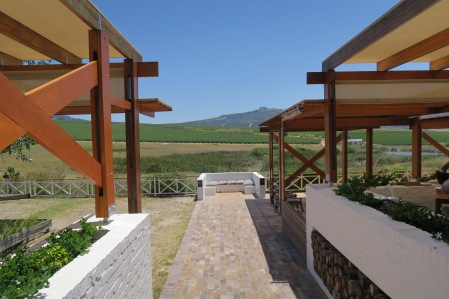 Followed by a Pinotage Association tasting at Beyerskloof hosted by Beyers Truter and Eitenne Low. This was a serious affair – as the bottles demonstrate…

The day ended well with dinner and old vIne wines at the Jardine restaurant in Stellenbosch in the company of Andre Morgenthal, of the Old Vine Project.

Distell is a huge producer; we tasted at Nederberg in Paarl, including their organic Earthbound range, with Naas Erasmus and cellar ‘master’ Andrea Borough

Ronnie took us to the entrance of the prison from which Nelson Mandela was released on 11 February 1990, on the R301 between Paarl and  Wemmershoek.  Its car park has a cork tree….. And townships are also tourist destinations, amazingly 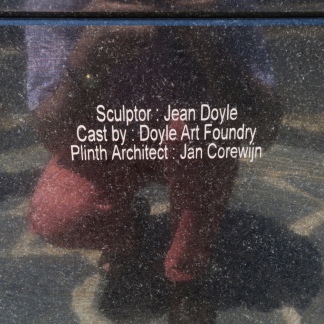 On to Boekenhoutskloof – an extraordinary place above Franschhoek.  Marc Kent is building a new subterranean cellar linked to older areas by a sloping, curving tunnel beneath his nearest vineyard. Will it be finished in time for the harvest? This is the home of Chocolate Block, Porseleinberg Syrah – and an eclectic set of iconic posters 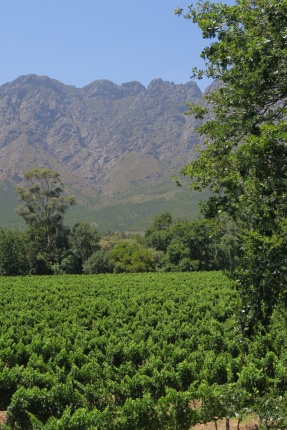 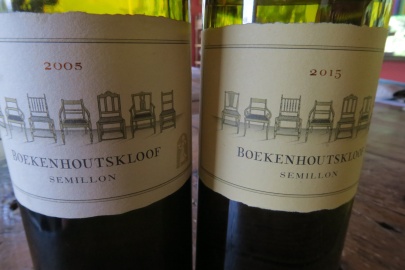 All this – and it was only midday! Next: DGB (Douglas Green Bellingham: one of SA’s  largest wine and spirit producers) tasting at the Franschhoek Cellar hosted by Stephan Joubert, viticulturist followed by lunch. It was a brilliant powerpoint. 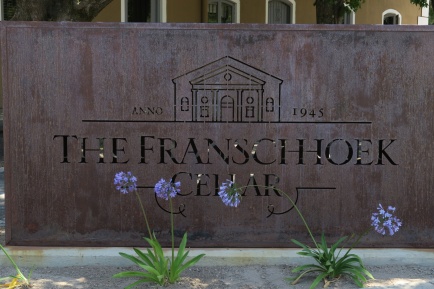 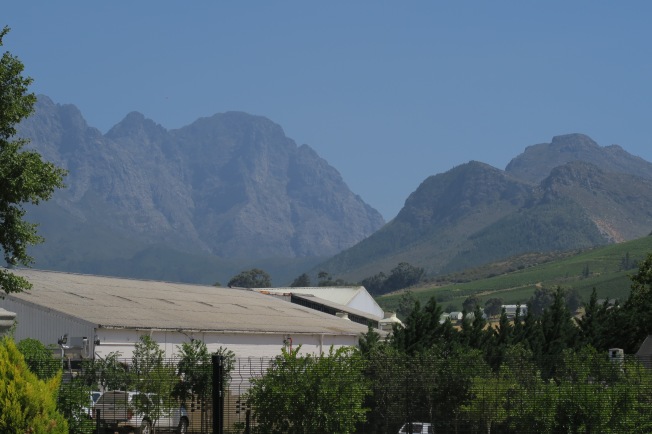 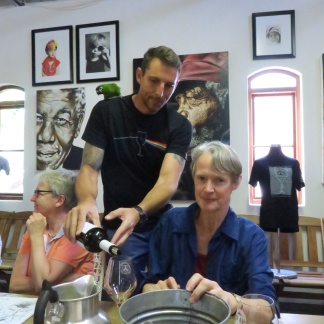 Long drive (via tunnel) and through bleak, dry native scrub (Fynbos) with wildfires on  mountain tree line, to Graham Beck tasting and dinner with Pieter Ferriera 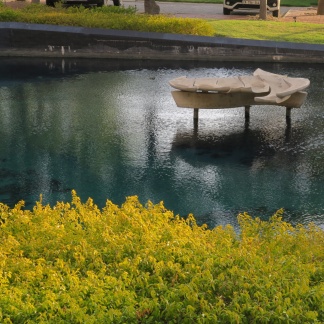 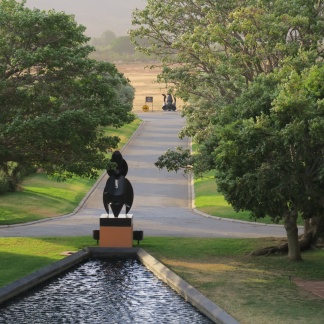 And then, finally, a drive to Jan Harmsgat country house, well past Robertson, to arrive in darkness, only to leave after an early breakfast without seeing anyone!